Coming from a small town in southeastern Ohio to Cincinnati for law school, Jacob Hoback wasn't sure what to expect. With an internship at a top New York City law firm under his belt, he's headed to Florida after graduation for a prestigious federal clerkship.

Early one evening last fall, University of Cincinnati law student Jacob Hoback (JD ‘22) was picking up groceries at a local gas station when the phone rang. Two days prior, he had interviewed with Goodwin Procter, one of the largest law firms in the world, where he hoped to land a Summer Associateship. Putting his 81-year-old great-grandma on hold, he looked down at the caller ID to find the number was from New York, New York.

“Oh, I gotta take this Mammaw,” he told her as a chill set in.

Jacob knew who it would be on the other line. Standing inside the gas station, he answered the call and received an offer that would transform him forever from the small town kid he was when he started law school, to working for a top law firm in New York City.

Raised in an agrarian town by the river, Jacob said that he lived under the assumption that Racine, Ohio is where you’re born, and it’s where you stay. After high school, most people in his graduating class of 50 chose that path. In addition to the slight undercurrent of skepticism toward the world outside of Meigs County, seeking satisfaction in your career was not a value many people held.

“At home there's this simplicity,” he explained. “There's no emphasis on prestige, or having a job you think is really cool. You raise a family. You raise it well. The job is just a means to an end, you know?”

Jacob said he wasn’t necessarily good at sports, but in everything else he was very competitive. He loved the adrenaline rush from working hard at achieving success. This created a kind of contrast between himself and others.

“There’s this idea back home that we're all pulling together. And I love that, but that's just not me. I like competition. For better or for worse,” he said. “I always want to try to get more, you know what I mean? It definitely got me in trouble several times.”

After attending undergrad 30 miles away from his hometown, he graduated with a degree in linguistics. Struggling to find a stable career path, he decided going to law school was his only option.

“You know, some people have these magnificent stories about why they chose law. I could not have been more clueless,” he said. “I just didn’t know what to do.”

When the day came to pack and leave for Cincinnati, Jacob said he almost got cold feet. Even though Cincinnati wasn’t terribly far away, it felt like the Big City to him and he wasn’t sure he could cut it. Fortunately, just two weeks into law school at UC and he was certain he had made the right decision.

“The biggest thing I learned my first year is that all the hours I spent studying were just a pebble in the ocean to all that's out there. It made me hungry for more,” he said. “And I found that the faculty's love for the law and willingness to support others was very contagious. Those two things contributed to my love for law now.”

“People might be smarter. They might be more well-read. They might know more, but I can be just as hard of a worker. And when it comes down to that, I have a lot of confidence in myself.”

Jacob quickly rose to the top 10% in his class, and found he was in good company with other competitive, hardworking, and intelligent law students. He also quickly realized that while he found a sense of camaraderie with the other students, his background and rural upbringing stood out. Unlike other students, Jacob was a first generation law student with a small network, and less wealth and family prestige than many of his peers.

“I feared that I wasn’t doing enough to prepare for my future,” he said. “Am I supposed to be doing something that I'm not doing right now? I wondered that a lot, especially as I'm the first person in my family to go to law school.”

He decided to introduce himself to every professor and wound up connecting with Professor Bryant, who grew up in a population of 3,000 and left his hometown for law school in Chicago.

“He showed up at one of my first office hours, and he sits down and settles in and is just like, ‘Hey. I just thought I'd introduce myself.’ And I was like, okay, that's cool. Not every student does that, you know?” said Professor Bryant with a chuckle. “Pretty quickly he opened up to me that he was going through a kind of culture shock. I could relate. Law school is a different world, it can feel alienating at first.”

Professor Bryant became an influential mentor to Jacob at law school, and Jacob was able to pay it forward through his role as Bryant’s teaching assistant. Trying to stay focused on his path to a career, Jacob got involved in other ways and landed a summer externship with a judge for the Southern District of Ohio as well as serving as President of the Federalist Society.

But when it came time to apply for jobs during on campus interviews his second year, his fear of not being able to break into the profession reared its head again.

“I struck out. I did not get anything,” he said, reflecting on the devastation he felt. “I'm actually very proud of myself for this moment because I didn't give up.”

Jacob decided to fall back on his congeniality and work ethic and sent an email to a partner at Goodwin Procter, a New York firm that typically hires candidates from top ranked law schools like Harvard, Yale, and Stanford. The partner eventually offered him the job and was struck by Jacob’s willingness to reach out.

“It can be intimidating,” he said. “People might be smarter. They might be more well-read. They might know more, but I can be just as hard of a worker. And when it comes down to that, I have a lot of confidence in myself.”

After completing a successful Summer Associateship with Goodwin Procter, Jacob was offered a full-time job after graduation and planned on moving to New York City next fall. But that wasn’t the end of the story for Jacob.

Following his summer at Goodwin, Jacob was offered a federal clerkship—one of the most competitive opportunities after law school. After graduation, he will be moving to Pensacola, Florida to serve as a law clerk to the Honorable T. Kent Wetherell II on the Northern District of Florida.

Jacob and his Pappaw. Photo provided.

“Somehow everything fell right into place. Even though I felt like I had no clue what I was doing,” he said. “But, I firmly believe if I can get there, anyone can.”

Last fall, however, with the end of law school in sight and a great job ahead of him, Jacob would face his biggest hurdle in law school. On Thanksgiving night, his Pappaw, who was Jacob’s inspiration for going to law school, passed away.

“When I think of what got me through law school and life in general,” he said, “I think of my Pappaw. I gave him so many reasons to give up on me, but he always pushed me to keep trying even when I failed.”

Jacob used his Pappaw’s hope in him to preserve through the end of the semester, when he had papers due and finals. It was hard for him to stay focused, but he knew his Pappaw would not want him to give up. And he didn’t disappoint; he received an A+ in four classes, rising to be second in his class.

“It’s still hard at times. The times when it is most difficult is accomplishing something and not being able to call the person who I always called first,” he said. “But when I look back at my life, my Pappaw, and the College of Law, I could not be more grateful for everyone who has helped and believed in me. I am truly blessed.”

Get to Know Cincinnati Law

Class Profile for Incoming Class of 2021 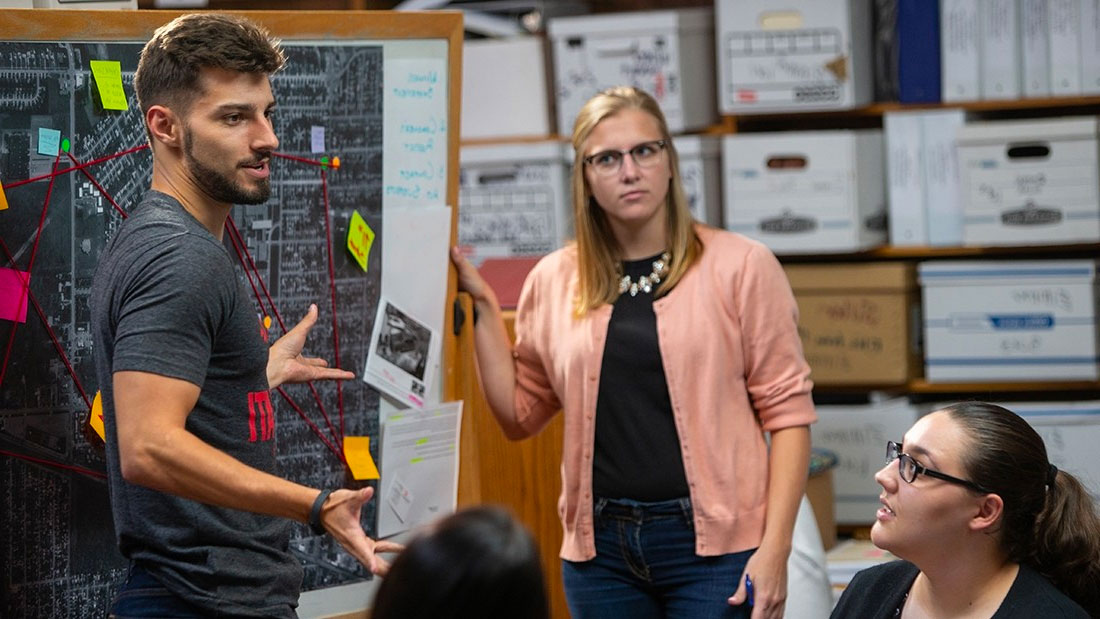